After partnering with Getty images and in order to reduce copyright infringement, Google
is removing the ‘View Image’ button.
Google made the announcement on February 15 on Twitter, saying: 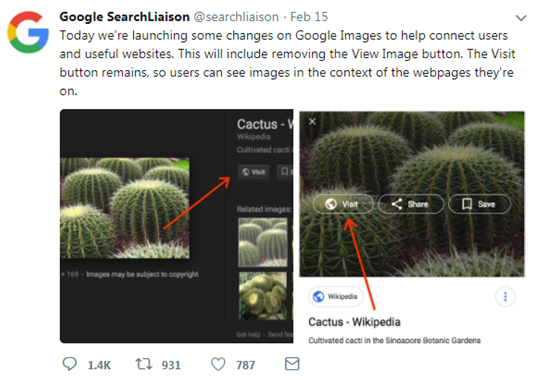 Searchengineland.com shared this photo of how Google’s image search results used to
look: 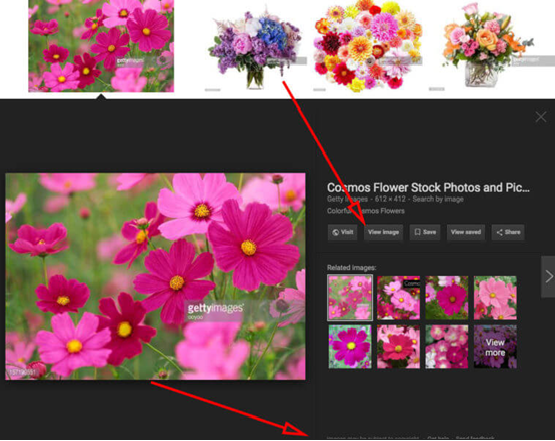 As you can see here, the removal of the ‘Visit Image’ button isn’t the only change that
Google has made. The copyright warning has been moved, slightly enlarged, and bolded
in order to increase visibility. Google explained the reasoning behind these changes in
an interview with The Verge, saying ‘“They are designed to strike a balance between
serving user needs and publisher concerns, both stakeholders we value.”

Google also removed the ‘search by image’ button. This feature was most commonly
utilized to find the same image but without – for example – watermarks or other tags that
showed ownership. But, at the determinate of those that actually do own the photos, the
change is easy to circumnavigate. Users can still reverse-search an image to find similar
photos and related images still automatically pop-up searching.

How this will affect your searches

These small tweaks will have a big impact on usability and functionality. While the
changes don’t exactly prevent users from copying or saving the images, they certainly
make it more difficult. The website where the image lives essentially becomes a
gatekeeper, which is great news for traffic. If you want access to a full-sized image of –
let’s say – a Mac desktop computer, you’ll have to navigate through Apple’s website first.

For the person who simply wants to insert a photo of a computer into their PowerPoint
presentation, this means time and effort that didn’t use to be spent or exerted on the
same task. For websites, the forced traffic means ad revenue and the potential to be
exposed to an audience who otherwise wouldn’t have accessed their site. For artists,
photographers, publishers, and others who have criticized Google for making it too easy
to steal, the changes are fair and necessary.

What can you do as a user?

While – yes – Google has forced users to take extra steps, there are still ways around
them. Assertive Media recommends that following:

1. You can still right-click on the image to save or copy it. Of course, it will be
copied or saved as its thumbnail size.
2. You can right-click on the image and click ‘open image in new tab’ or ‘view
image’ for the full-sized image. Yes, this is still an extra step but it’s still more
convenient than visiting the website would be.
3. You can install a Google Chrome plug-in that returns the View Image button.
Find it here: https://chrome.google.com/webstore/detail/good-oldinternet/kcghajdjodcbceldnnipembplgfpnble
4. You can opt for another search engine entirely.

Given how much pressure Google was under to satisfy players on both sides of
copyright arguments, these changes aren’t a huge surprise, especially given their recent
partnership with Getty Images. Understandably, Getty has a vested interest in image
theft. The adjustments may be inconvenient, but they by no means inhibit users from
viewing, using, and sharing images as they always have. Alternatively, websites will
undoubtedly benefit as more people are forced to visit pages and understand the context
behind the images they hope to use.